End of the Year Total and Thoughts on Army Painting

As 2018 comes to a close its time to look at how many models I finished this year. My current count is 300, which falls short of the goal I set for myself of 365. Still, I'm pretty proud of my effort. I'll probably set the same number again for next year - I think its an achievable number and even falling short is laudable. 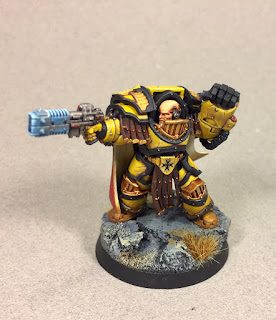 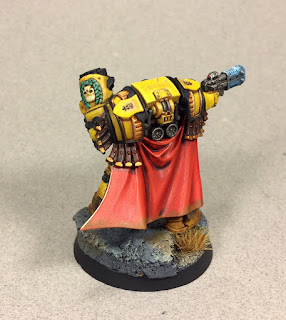 Lately I've been thinking a lot about the processes I use to get armies painted. I've always considered myself more of an army painter than a miniature painter. Bear with me, because in my head there is a difference. While I can spend a lot of time on a single model, its always done in relation to a collection or a force for a game. I've come to enjoy the techniques and planning that is needed to complete an army and I thought I'd share some of the things I always try to keep in mind to get a painted force onto the board in a reasonable amount of time. These are the things that work for me, and maybe they'll work for you or give you a place to start.

Having a rough idea of what and how much you need to paint is an essential step in painting armies. I'm not saying you need to get all Charlie from Always Sunny in Philadelphia with the intricacy, but having a roadmap generally helps me. If I'm painting a force for a particular game, I will try to make a small army list of what I'd like to paint and what will get me playing games at the most basic level. I'll certainly expand eventually, but its important to break a project down into multiple chunks. This will let you feel like you're accomplishing things and lets you get excited for the future. If I don't have a game that will help me organize a force, or I'm just collecting some models because I like the range; I'll still try to break it down into smaller goals - for example collecting an painting all the infantry before I start on vehicles. What's important is that I'm not setting out to own it all and have it painted at once. Its just too overwhelming. 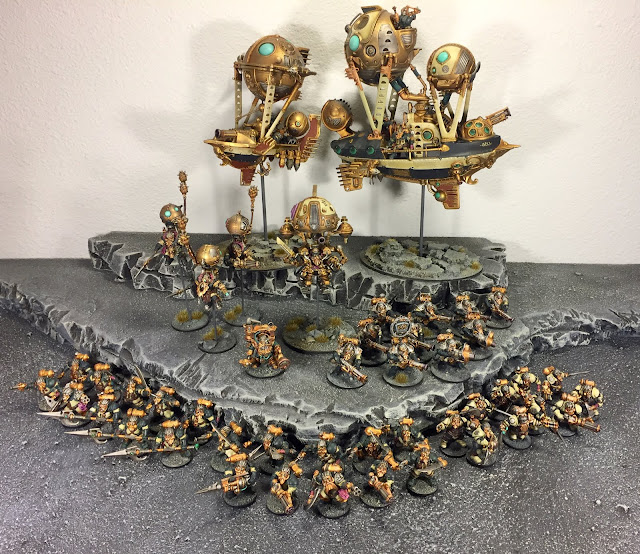 A while back when I was working on my Kharadron Overlord army, I was showing off some work in progress shots on Twitter. Someone (I forget who because I'm a monster) encouraged me to add some Cassandora Yellow glaze to my golds because they thought it looked awesome when they had done it and I should experiment some. While I'm sure it gives a nice result, there was no way I was going to change the recipe I had used for the gold armor for 75% of an army at this stage. Maintaining a consistent look and color palette is essential for army painting.

This isn't to say you shouldn't ever experiment - by all means do so when you're working on a one-off model or a trying to nail down a test model for an upcoming army - but once you've started painting a force, its time to make sure that you're approaching your paint application consistently. This consistency unifies the overall look of an army. It also saves you a huge amount of time if you aren't approaching every new model for the force like its a blank canvas.

Even armies that are painted neatly with no shading or highlighting will look unified and cohesive if you use the same colors across the whole force. Far too often, I see armies where its obvious that new techniques were learned or tried half-way through the process. The force looks disjointed and messy because some models are simply painted while others have more advanced paint jobs. Aim to have everything on a similar level. If you're going to change techniques you need to go back and spruce up the older models in your collection. 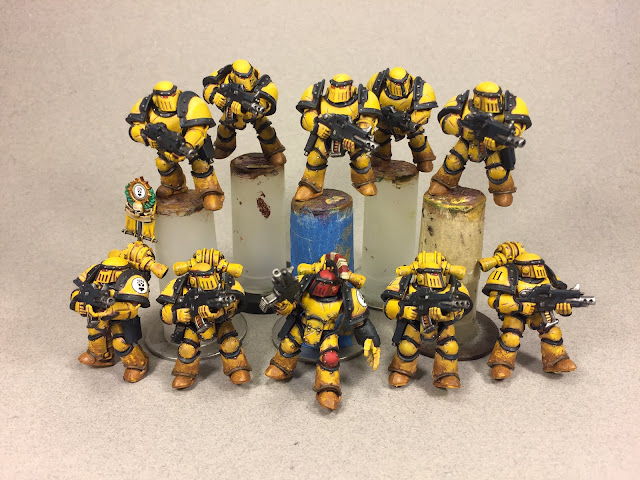 I was gonna start this section with a list of reasons why people don't paint, but in the end those reasons don't matter. What does matter is that if you want a fully painted army, really want one, you'll make it happen. We all make time for the things that we enjoy or are important to us. Or we should. Completing armies is a commitment I make to myself and in many ways is a form of self-care. I want  something to be proud of at the end of a lot of effort and I make time to paint.

Maintaining a consistent painting schedule is an essential part to how I complete war-games armies. It helps with sticking to a plan by not changing my army's composition because I haven't painted in a while. It helps with maintaining consistent techniques because I'm not having to remind myself how I painted something several weeks or months ago. Momentum builds and its easy to stall out and get distracted or start new projects if I'm not doing a little bit every chance I can squeeze in.

I'm lucky that I enjoy painting. That its a form of relaxation for me. I get it if it isn't for you - and if its not, you should not spend your precious free time doing something you don't enjoy. But, if you really want a fully painted group of toy soldiers you have to commit to doing a little as often as you can. Thirty minutes a day. Once a week. Whatever you can schedule, because you need to maintain that momentum.


There's a lot of other stuff to cover, but I think these three main points are the best advice I can give to anyone painting an army. The rest is mostly technique and color theory, and that requires patience and practice.

Happy New Year to all, may your brushes keep their points and your dice roll sixes!

Posted by Chris Walton at 2:47 PM No comments:

Whew! I've been neglecting my little corner of the inter webs for quite a while lately! While I've been busy with some travel and a personal life, I have still managed to paint and even *gasp!* play a game! Waaaay back in May I treated myself to a Forgeworld model for my Heresy Era Imperial Fists - the stalwart Stormeagle Gunship. In preparation for a big game against a friend who already had a flyer, I lit the fire under my ass to get the big craft done.

It took me about a week and a half to assemble and paint - and I finished up just in time to square off against the forces of the traitorous Emperor's Children! For this game, we broke out all the toys and decided to play a Blitz mission where the Imperial Fists would be trying to crack the defenses of the Emperor's Children. The game was a lot of fun and resulted in massed carnage!

This was the game of Horus Heresy/40k that I've wanted for a while - it looked amazing and there were some real back-and-forth moments (as displayed by how uptight two guys "playing for fun" were sometimes getting!). Its given me a bit of a passion for more Heresy stuff. We are already planning our next game and badgering away on more forces.

Welp, I'm gonna try and be better at updating here - wish me luck!


Posted by Chris Walton at 5:47 PM No comments: